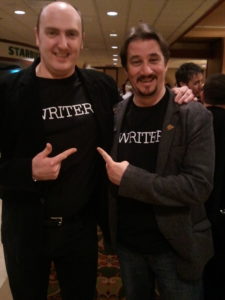 Hmmm…they must be writers. When we first saw them, they had drinks in their hands. We could tell they were writers from that and the English accents, but in case you missed those clues, well, they wanted to make it easier for us to spot them. They were very friendly, by the way. 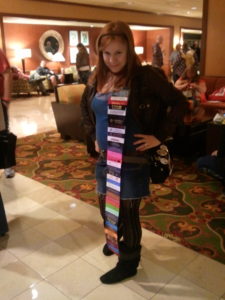 Where the hell did this woman get so many ribbons already? The convention hasn’t even officially started yet!!! 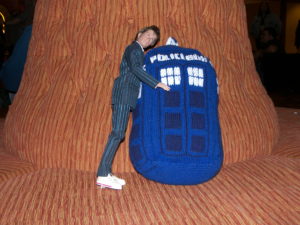 My Tonner doll has already found his TARDIS…proof that the Doctor can find it anywhere in the universe. 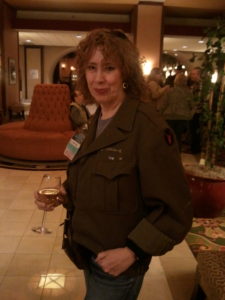 The first costume we saw coming into the convention. Very nice and proof that Dr. River Song drinks. 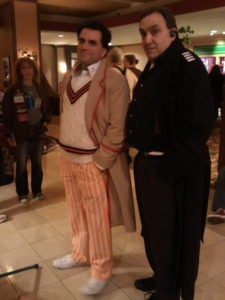