We interrupt this blog and store #10’s review to announce that the SCLBSA (Southern California Local Bead Store Association) announced the winners today of the So. Cal Bead Shop Hop. 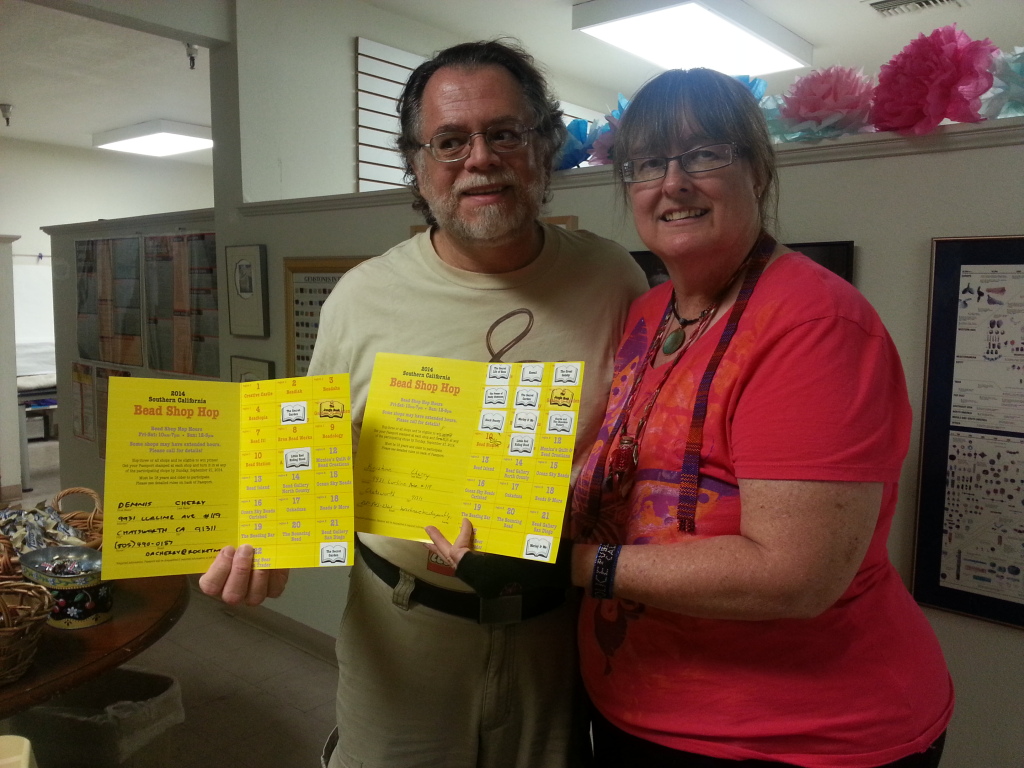 I knew today was announcement day, but was still surprised when my husband called saying a store had called him to say HE had won the Participation Prize! How did he do it?!? He had only signed up to do the LAST THREE STORES!!!

I told him on the drive home Saturday night that this would happen. That HE would win something and I wouldn’t and that would be the funny part of all of this. I just didn’t think my joke would actually come true!

Now I know what I’m getting for Christmas.